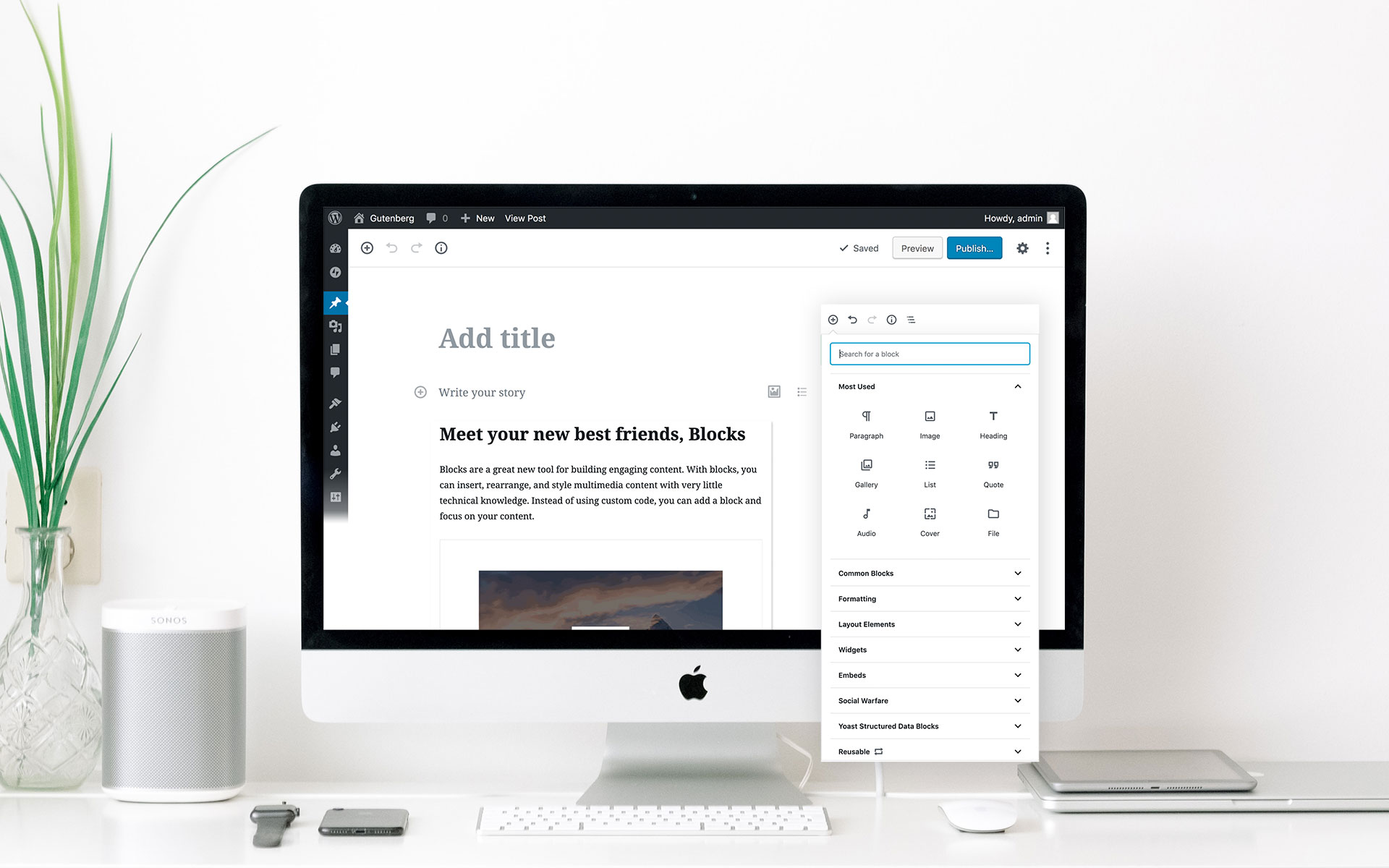 When WordPress was first launched, not even its developers could have dreamed that it would take on such a life of its own.

As the world’s most used content management system, powering somewhere around 75 million sites, it is the default website choice for small businesses all over the globe. There are countless plugins and themes.

Which is, of course, at the root of the problem.

There are a lot of things to love about WordPress:

Additionally, let’s not forget that it’s completely free. Is it any wonder so many users and developers have embraced it?

Making matters even trickier is the fact that not all WordPress problems stem from malicious campaigns. The fact that it’s so simple and accessible means coders are constantly coming up with new tools. However, not all of these areas are stable as we might hope, leading to unexpected issues.

Does that mean you shouldn’t use WordPress? Absolutely not. At Kayak Marketing we rely on it as a core CMS every day.

What we do advise, though, is that you KISS your WordPress website – Keep It Simple, Smarty. When you resist the urge to clutter your site, you let it show cleaner.

Let’s look at how that works in the real world…

The Temptation to Add Plugins, Themes, and other Clutter

The success of your website on WordPress ultimately comes down to the fact that webmasters and the development community have embraced it so closely. And, the failures of WordPress are also a result of its popularity with programmers.

Right now, there are 50,000+ different plug-ins available to extend WordPress functionality on your website. There are also 31,000+ themes (thanks to Scepter Marketing for these estimates). When you add tools like page builders into the mix, it’s easy to see how WordPress development has become quite complex for users. The result is that there are many pieces that don’t fit together perfectly, and holes in sites that are easy to miss.

While most business people (and more than a few web developers) are happy to ignore the problem, it isn’t going away. WP White Security estimates that 70% of all WordPress sites online today are vulnerable to hacking attempts. Many of the openings exist as a result of add-on software. Are your fave plug-ins and themes really essential to the functioning of the website itself?

WordPress Updates Add to the Complexity

In mid-December 2018, WordPress released their second-generation editor, Gutenberg. While the move came with a great deal of fanfare, many in the design and development industry – myself included – weren’t impressed.

Our concern wasn’t that the update had issues or was incomplete, although it did and it was. The bigger challenge was the obvious lack of a clear migration path between what would become known as Classic Editor and the new Gutenberg platform.

Users were struggling to move from one version to another. Large numbers of page builders and existing themes failed upon upgrade. Development tools became inoperable, causing crashes or incorrect displays. It was chaos, with clients moving to a boil when they discovered their websites had gone down.

Some good news though, in the months that have followed, the migration path from Classic to Gutenberg has improved. Leading developers have updated their themes, and page builders are mostly functional again with the latest release.

Plus, many low-end developers simply stopped supporting their software altogether, meaning that users could delete the problem tools!

How We Learned to Love Gutenberg

As the founder of a hybrid WordPress/HubSpot shop, users reported Gutenberg usability issues, many of which I experienced personally. Throughout the transition to Gutenberg, emails were pinging, phones were ringing, and more than a few clients raised their voices.

Complaints about Gutenberg became common online. However, it was little comfort knowing that many of our colleagues were going through the same things.

While we were irritated at the sloppy rollout of Gutenberg, at our firm we had to recognize that we had contributed to the complexity that was making it hard to stay on top of the latest releases.

Over the years we routinely deployed a wide variety of themes with page builders, and permitted our clients to add complexity with plug-ins that “did things.” We fell into the trap of searching for the snazziest designs before we learned better.

Eventually, we settled on a core set of minimalist themes that did the job without getting in the way. Luckily, we came to this conclusion long before Gutenberg came around. Now, as subsequent versions of the platform are introduced we can take advantage of the new WordPress Gutenberg functions without having to worry about client sites breaking.

The kinks in Gutenberg have started to iron themselves out. WordPress has gone from being a default choice to a complete mess, and then back to its place at the top of the pile. New tools, like the “Blocks” feature, have the potential to be revolutionary.

In the midst of all this is an important lesson. WordPress, like any tool we deploy, has to be used carefully and intentionally. If we lose our focus or keep piling on features and ideas past the point of usefulness, we set ourselves up to fail. That failure can come in the form of crashes and security vulnerabilities or simply missed conversion opportunities because we’ve taken our eye off the ball.

Using WordPress effectively is all about communicating with visitors and working with content. Today, the wise agencies and end-users are devoting their attention to minimalist themes, a small handful of relevant plug-ins, and the outcomes they want to achieve. In other words, they are streamlining their sites by taking away all that’s unnecessary.

In recent years, I’ve had the chance to work with copywriters Steven Lund, and Matthew Aaron, and efficiency expert Karen Turner, who all fall back on a simple rule again and again: if something isn’t needed, remove it.

I would encourage WordPress developers and users to search for the same kind of clarity. There is a lot you can do with WordPress, but for the best results, I recommend that you Keep It Simple, Smarty!

Generic website forms kill conversions, right at the point where customers are converting! Talk about shooting ourselves in the foot.

While falling for such appealing phrases as “user-friendly”, “absolutely free“, and “low learning curve” is easy, each platform hides a huge number of surprises down the road. And not all of them are pleasant.

While we do our best to avoid jargon, there’s a number of terms related to SEO (Search Engine Optimization) that we can’t just get around. To bring some sanity to it, here are the deets on what everything means. We think.

Such a silly thing; not being able to rank. Of course, we can! And so can you. Small business owners routinely feel discouraged when it comes to SEO. The truth is, we’re all busy running our companies.

Yes, you need a website. We discuss why along with what’s actually needed to get set up for success with your own site as an NFT creator. I’ve just entered the NFT space though am a 20-year veteran in the marketing and web space. I give practical advice, without the hype.

Should you consider a self-hosted or managed WordPress website? The question has been around since the beginning of WordPress. In our experience, self-hosted websites suffer routinely from missed security patches, missed updates, incompatible plugins, and bloat.